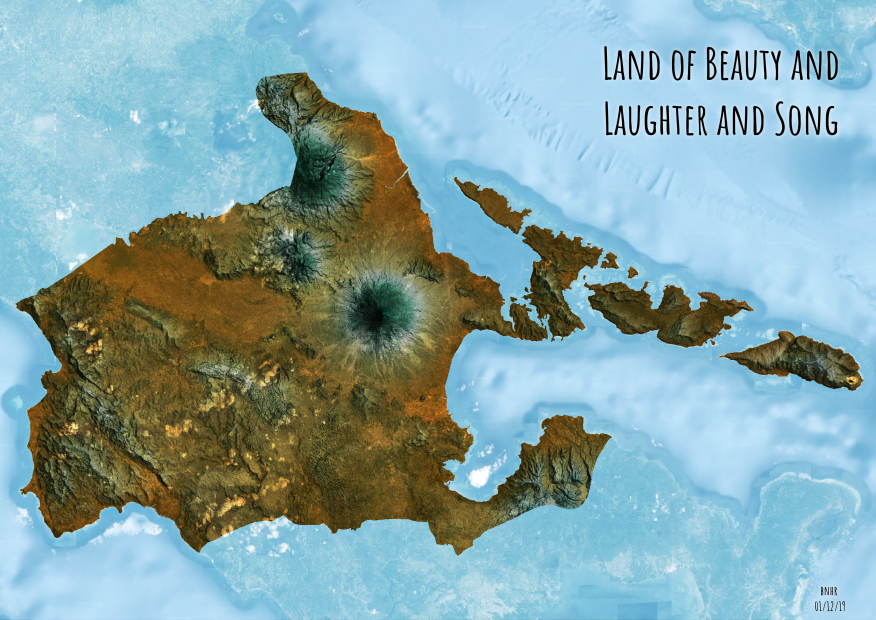 Hillshading is a classic technique that visualizes terrain as shaded relief by illuminating it with a hypothetical light source. A hillshade provides users an immediate appreciation for the surface topography, providing depth to a 2-dimensional map, which makes it easier (even to those untrained in cartography) to interpret features on the map (e.g. valleys, hills, mountains, etc.). Because of this, hillshades are commonly used as backgrounds in maps. Aside from their practical purpose, hillshade maps are also aesthetically pretty.

In this post, we’ll look at how we can create beautiful hillshade maps in QGIS inspired by Open GIS Lab’s post.

To create something similar to the map above, we just need to follow four steps:

The first step is to load the DEM in QGIS and create a duplicate. One of the layers will be used for the hillshade and the other will be for the colored DEM that will be draped on the hillshade. 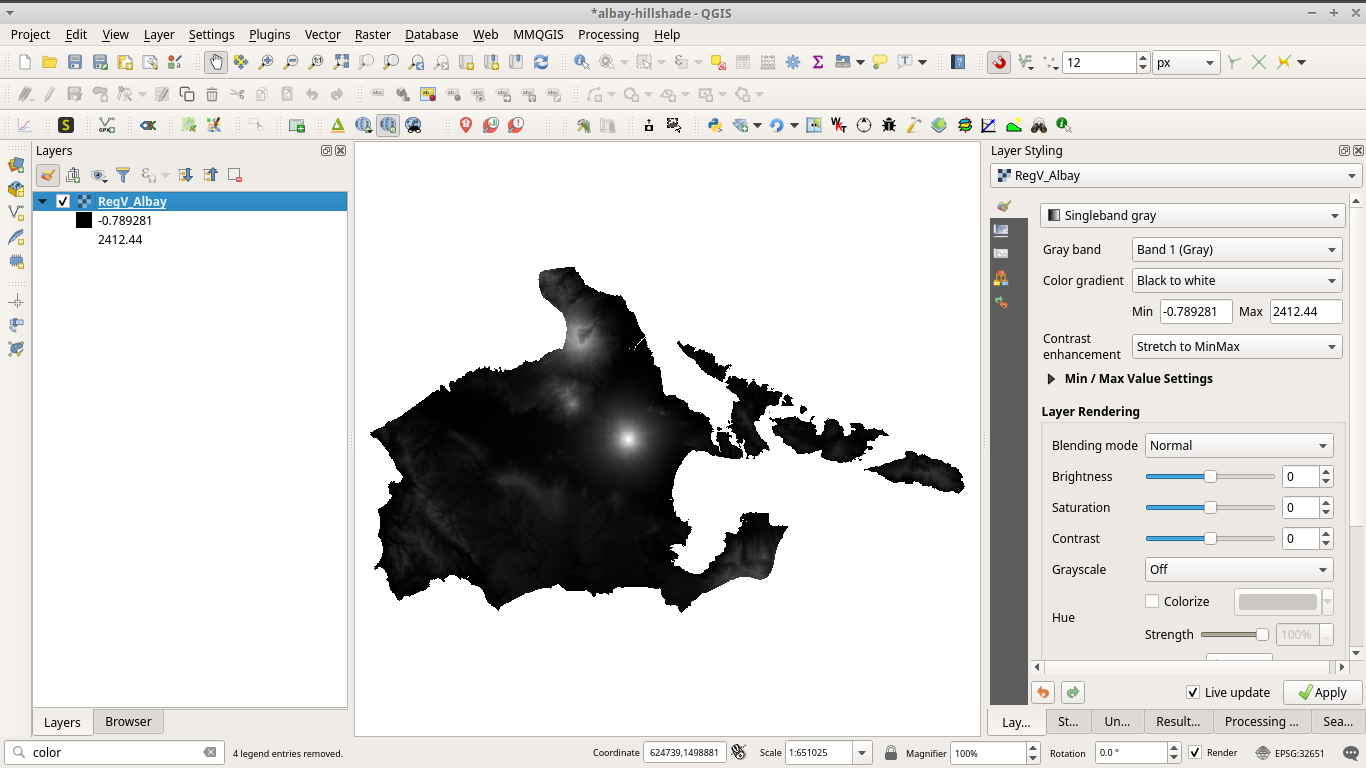 To duplicate the layer, right-click on the layer -> Duplicate Layer 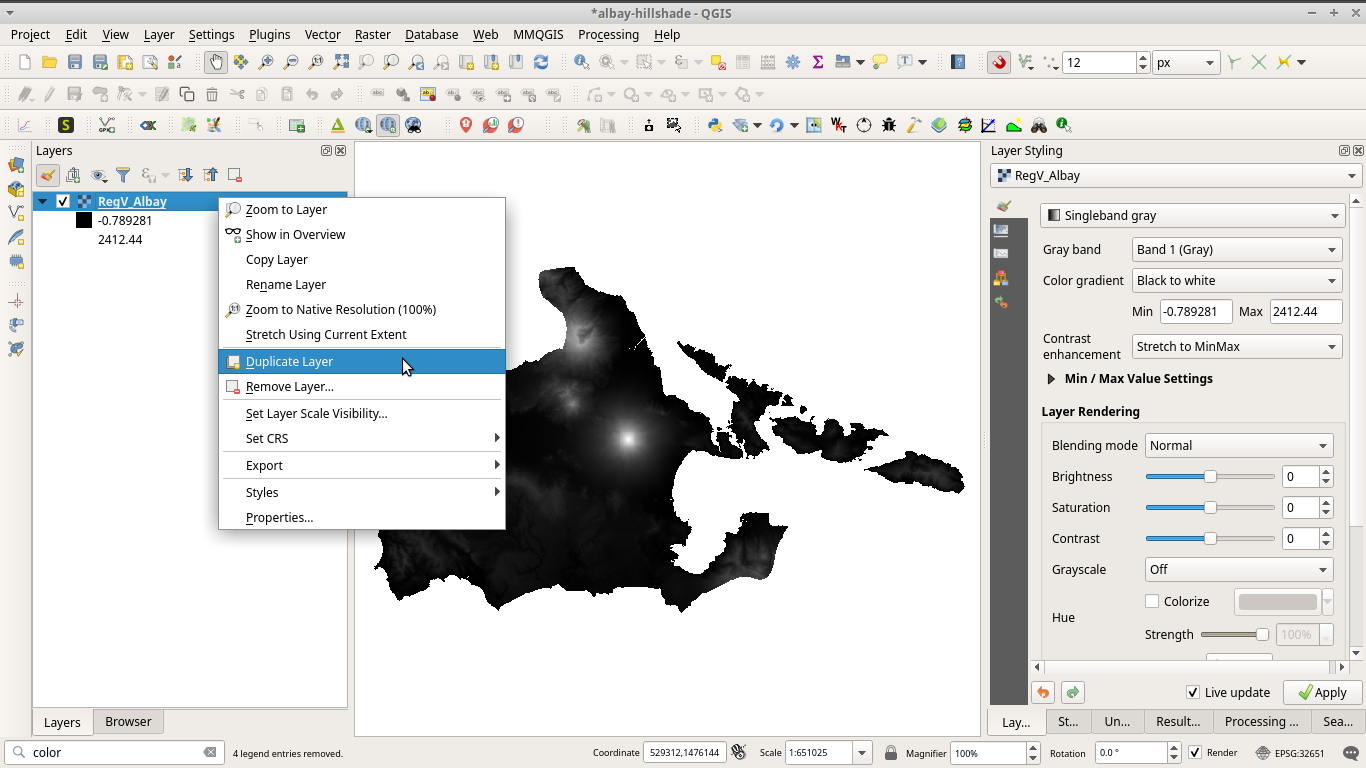 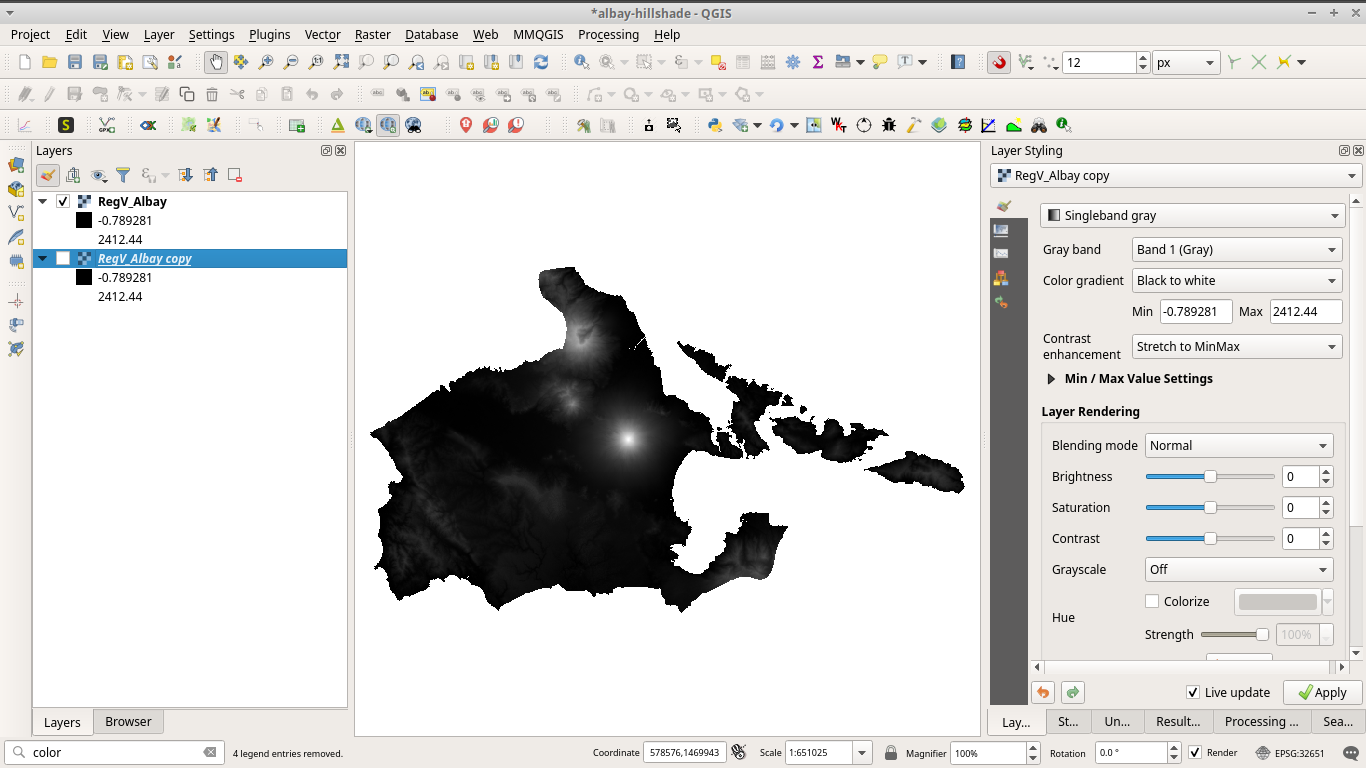 Style DEM with a multidirectional hillshade

Traditional hillshades are created by illuminating light from a single direction. Most commonly it’s from the northwest direction (315 degrees azimuth). A limitation of traditional hillshades is that they often produce over-exposed results with details in the non-illuminated sides being obscured.

To counter this, multidirectional hillshades illuminate the terrain from several directions (225, 270, 315, and 360 deg azimuth). This results in a more realistic representation of terrain and improves the balance between the over-exposed and non-illuminated areas in the map.

QGIS 3 has a multidirectional option when styling a raster as a hillshade.

Use the Layer Styling Panel or right-click on layer -> Properties -> Symbology to style the DEM as a Multidirectional Hillshade.

Use the following options: 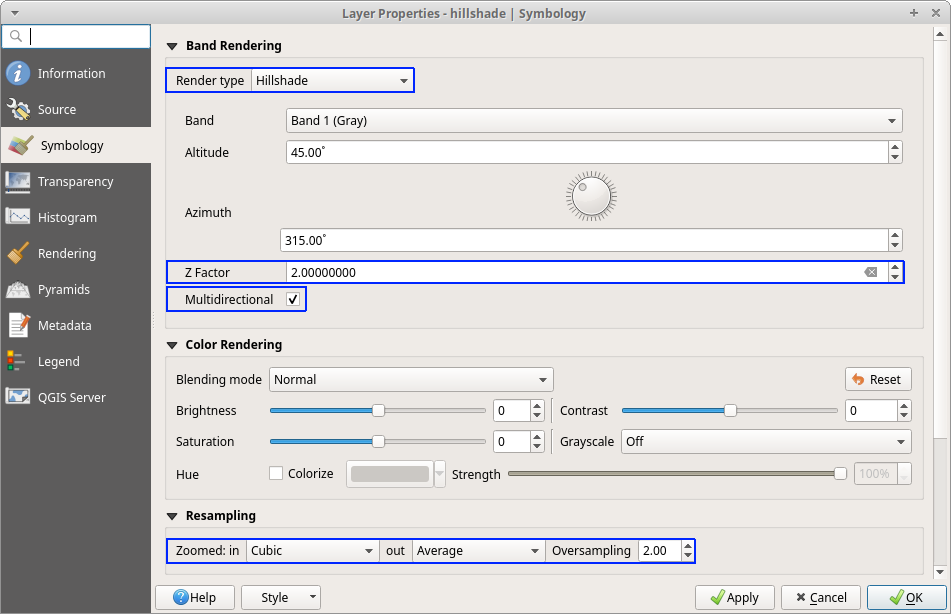 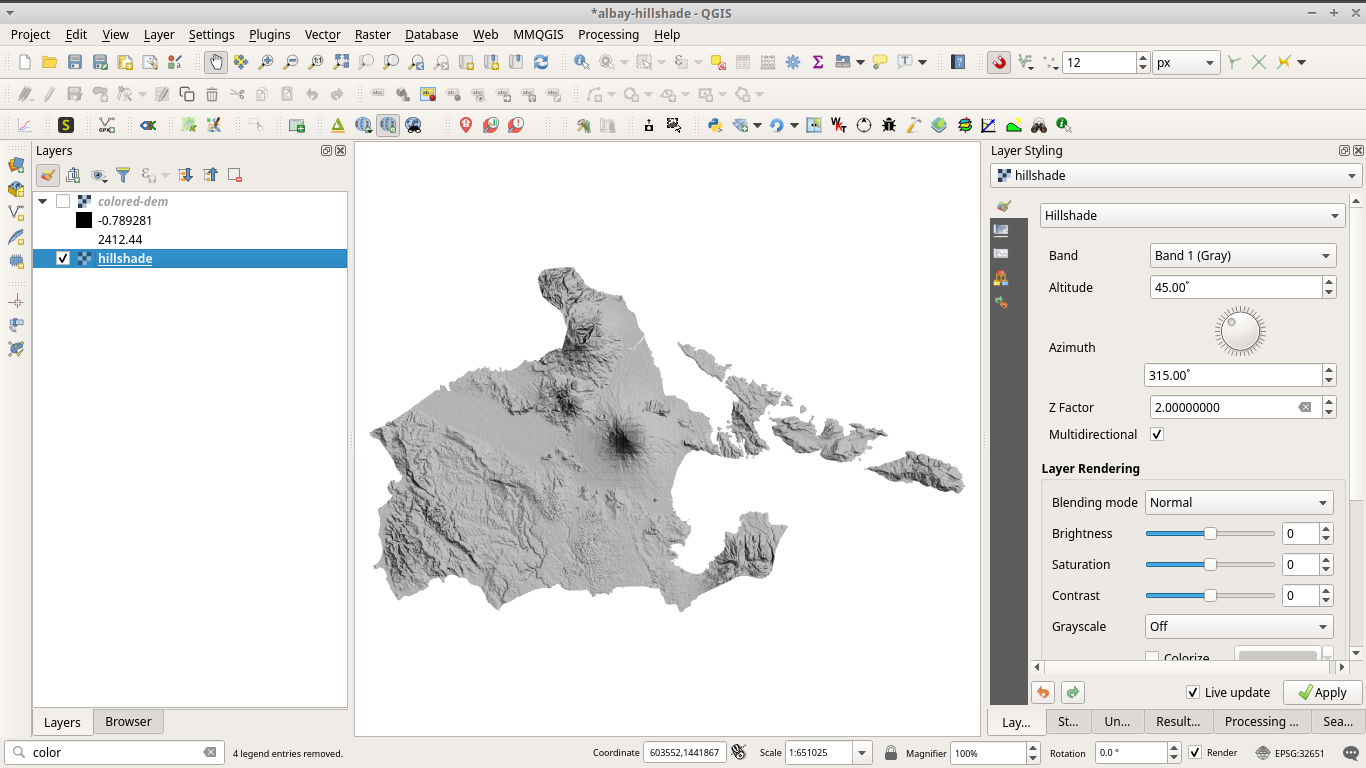 The next step is to drape a colored DEM over the hillshade. For this, we use the duplicate layer we created.

Use the following options: 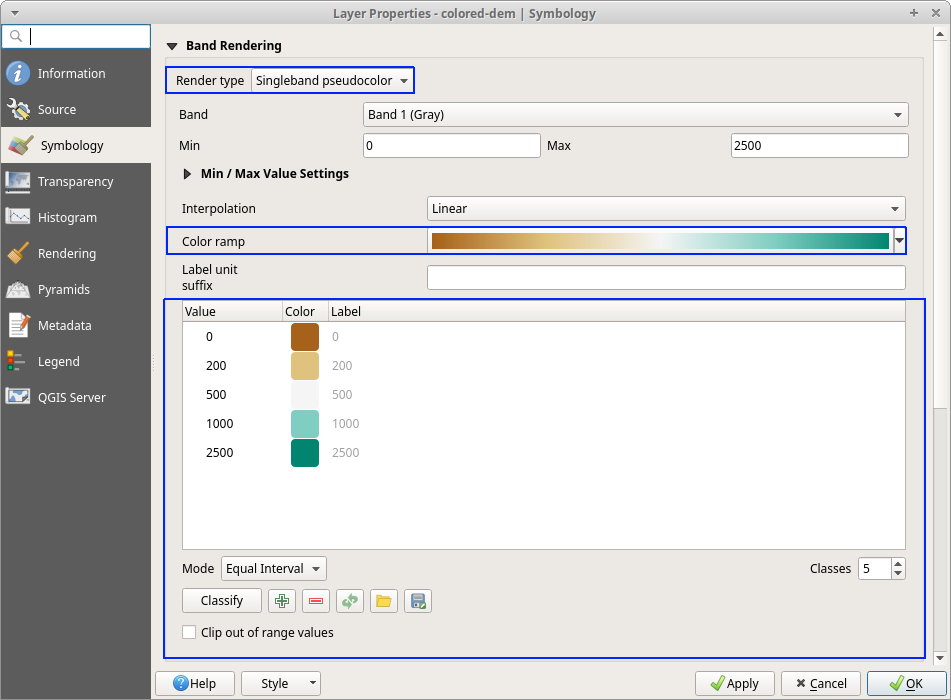 Make sure that the colored-dem layer is ahead (or on top) of the hillshade layer in the Layers panel. The map should then look like this: 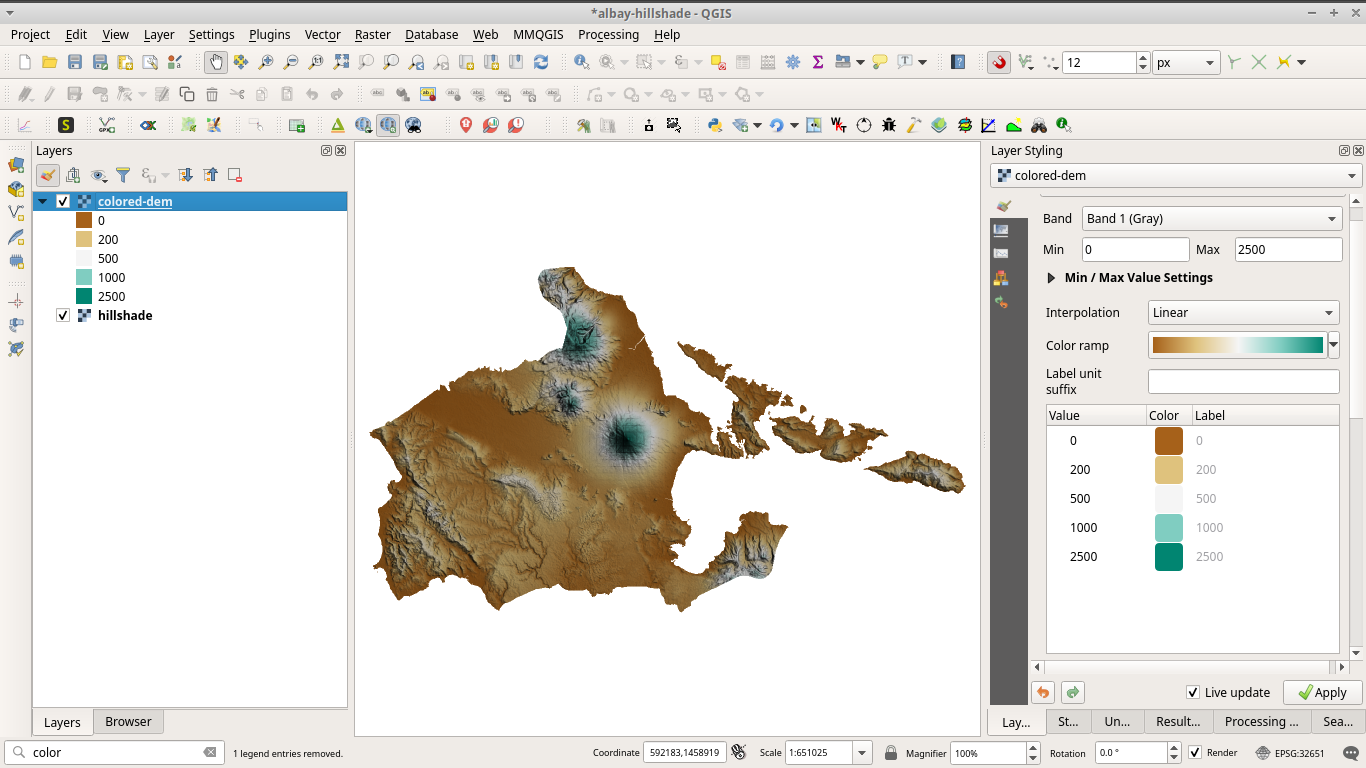 We’re not limited to just draping a single layer over our hillshade. We can also load other layers like satellite images. For example, load a Google Satellite basemap in QGIS. Afterwards, update the symbology of the Google Satellite layer and use the following options to overlay it on the hillshade: 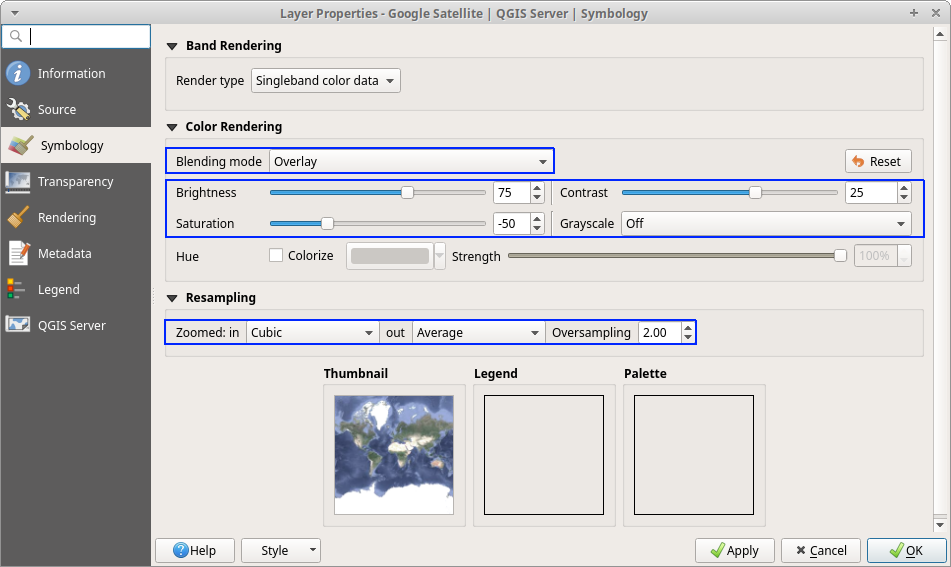 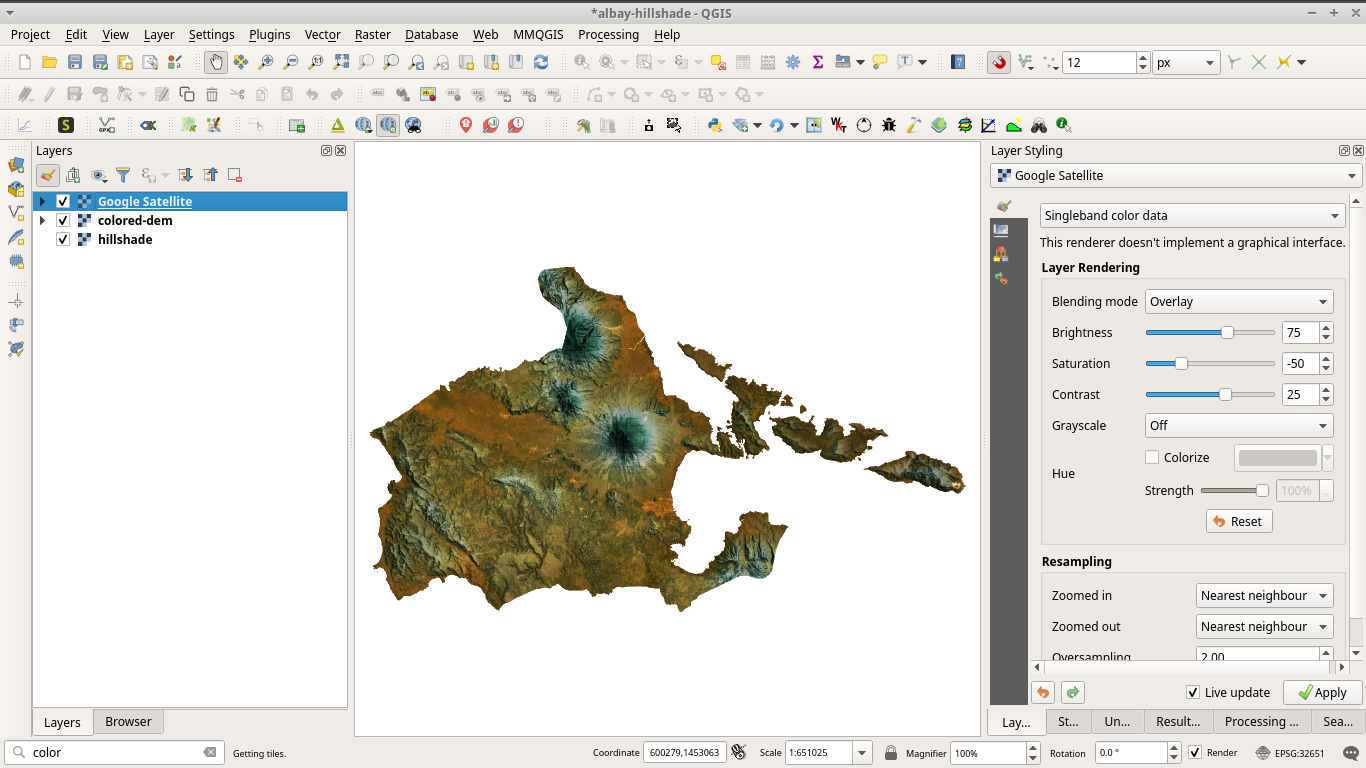 There you have it. You can use the resulting map as a basemap to your other maps – add a layer for rivers and water bodies, another layer for settlements and built-up areas, etc. You can also play around with different settings to see which combination works best for you. Good luck!